Kenukan / Bushidokan History: Jim Shannon was one of Sensei Jim Harrison’s Ju-Jitsu & Judo practice partners in the early 1960’s. According to Sensei Harrison, Shannon was an extremely strong Judo player and a really tough street fighter. The following newspaper article from 1964 confirms that assessment!

An armed robber and his accomplice got the worst of it yesterday when they encountered a judo expert and a group of parachute jumpers in a Calumet City tavern.

“It looked as if the sky divers were practicing parachute jumnps on them,” Police Chief Casimir E. Linkiewicz said after the two robbers were treated in St. Margaret’s Hospital, Hammond.

Soto stood by the door as Chamnik went along the row of patrons at the bar, ordering them back one by one and taking their wallets and money from the bar.

When Chamnik reached James Shannon, 31, of 14421 S. Kimbark Ave., Dolton, he jammed the gun in Shannon’s ribs and ordered him to move quicker.

He shouldn’t have. Shannon is a former sergeant with the 187th regimental combat team who made two parachute jumps in Korea and holds a second degree black belt in judo.

Chamnik suddenly found himself on the floor. Shannon had grabbed his gun hand and had flipped him. The gun went off, the bullet passing between Shannon’s legs and thudding into the floor.

This was the signal for 14 other patrons – fellow members with Shannon in the Midwest-East Skydiving Club – to rush and overpower Soto.

Shannon, who weighs 158 lbs. to Chamnik’s 210, had to be pulled off Chamnik by police, who arrived a few minutes later. 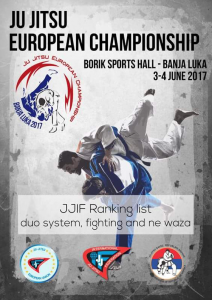